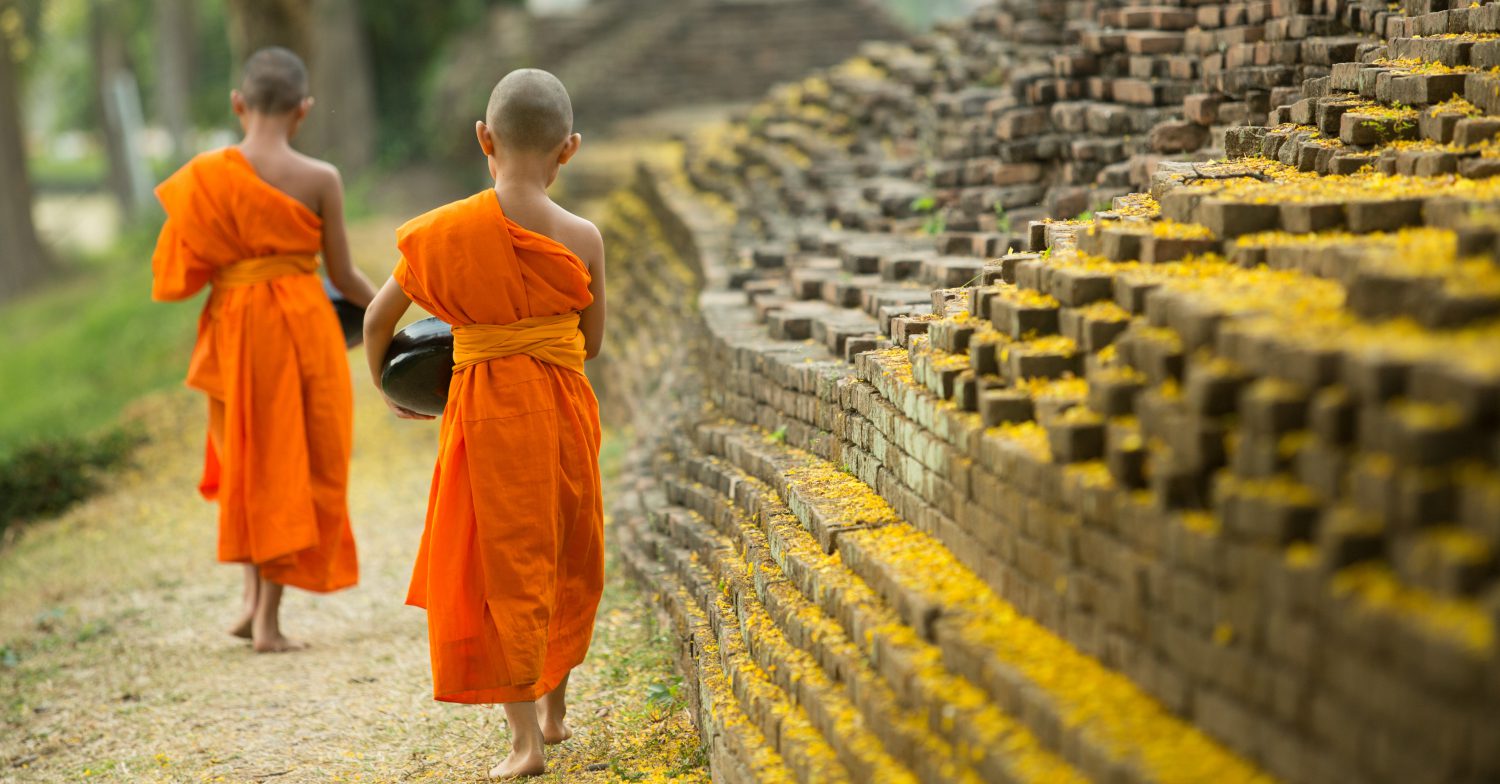 Jon Kabat-Zinn, PhD in molecular biology, is the founding father of Mindfulness-Based Stress Reduction, the eight week mind-body training program in mindfulness. One of the first research studies on mindfulness that Dr. Kabat-Zinn did at the University of Massachusetts Medical School was a study on psoriasis. In this video Dr. Kabat-Zinn describes that study.

Rick Hanson, PhD, San Rafael psychologist, talks about neuroplasticity, savoring the good, and what fires together wires together.

This is a beautiful guided loving-kindness meditation from Emma Seppala, Associate Director of Stanford University’s Center for Compassion and Altruism Research and Education. This 13 minute meditation, if done daily, or as often as you can, can contribute to an increased sense of wellbeing, increased emotion regulation, and an increased sense of social connectedness. Give it a try!

Dr. Christiane Wolf and Dr. Greg Serpa speak about their mindfulness program at the Los Angeles VA and how mindfulness practices contribute to better health and well-being.

Mindfulness training program in England shows brain changes as seen on MRI after eight weeks in women with chronic pain and men with stressful jobs.

This video provides an inspiring look at a program teaching yoga, meditation, and mindfulness to homeless youth through a partnership between UC San Francisco’s Center for Integrative Medicine and Larkin Street Youth Services.

Train your brain for your sake as well as everyone else’s! Dr. Richie Davidson talks about how mindfulness practices can lead to an increased sense of wellbeing.

“How does it feel to be you?” This is one question the comedian and actor Bill Murray fielded during a press conference at the 2014 Toronto International Film Festival after after the screening of his latest film St. Vincent. I’m going to guess that most people would’ve seized up or given a light-hearted answer and moved on to the next question, but Murray used it as a teaching moment, of sorts, about being present. Thankfully, the folks over at Vulture recorded his answer. Listen to Murray’s dharma talk here: On Being’s Blog Post

Wellbeing is a skill.  In this 15 minute video Dr. Richard Davidson from the University of Wisconsin’s Center for Healthy Minds describes how to practice the skills of wellbeing: resilience, positive outlook, attention, and generosity.

Gabor Mate MD talks about what our society gets wrong about addiction. Dr. Mate also addresses ADHD being a response to stress.

Mindfulness-Based Stress Reduction (MBSR) founder Jon Kabat-Zinn talks about what mindfulness is, what it isn’t, and how we can use mindfulness techniques to improve our health and wellbeing.

In 1979, Jon Kabat-Zinn recruited chronically ill patients not responding well to traditional treatments to participate in his newly formed eight-week stress-reduction program, which we now call Mindfulness-Based Stress Reduction (MBSR). Since then, substantial research has mounted demonstrating how mindfulness-based interventions improve mental and physical health—comparably so to other psychological interventions.

“Mindfulness is awareness that arises through paying attention, on purpose, in the present moment, non-judgementally,” says Kabat-Zinn. “It’s about knowing what is on your mind.” From mindful.org

Alison Ledgerwood PhD., UC Davis psychologist, talks about how to not get stuck in the negative.

Sara Lazar, a neuroscientist at Massachusetts General Hospital and Harvard Medical School, was one of the first scientists to take the anecdotal claims about the benefits of meditation and mindfulness and test them in brain scans. What she found surprised her — that meditating can literally change your brain. She explains:

Q: Why did you start looking at meditation and mindfulness and the brain?

Lazar: A friend and I were training for the Boston marathon. I had some running injuries, so I saw a physical therapist who told me to stop running and just stretch. So I started practicing yoga as a form of physical therapy. I started realizing that it was very powerful, that it had some real benefits, so I just got interested in how it worked.

The yoga teacher made all sorts of claims, that yoga would increase your compassion and open your heart. And I’d think, ‘Yeah, yeah, yeah, I’m here to stretch.’ But I started noticing that I was calmer. I was better able to handle more difficult situations. I was more compassionate and open hearted, and able to see things from others’ points of view.

I thought, maybe it was just the placebo response. But then I did a literature search of the science, and saw evidence that meditation had been associated with decreased stress, decreased depression, anxiety, pain and insomnia, and an increased quality of life.

At that point, I was doing my PhD in molecular biology. So I just switched and started doing this research as a post-doc. To Continue Reading…

Dr. Richard Davidson, from the University of Wisconsin’s Center for Investigating Healthy Minds, talks in the video below about using meditation to train attention which can help with overwhelm, stress-reduction, chronic pain, and coping with life’s slings and arrows.

The Higher Life; A mindfulness guru for the tech set.

Last April, in New York City, three thousand people gathered for THRIVE, yet another TED-style ideas conference offering mental and spiritual rejuvenation to the business world. It was organized by the “Morning Joe” co-host Mika Brzezinski and the new-media mogul Arianna Huffington, and conceived, Huffington said, to correct a problem that she had perceived in herself and other harried strivers. According to the event’s Web site, “The relentless pursuit of the traditional measures of success—money and power”—had resulted in an “epidemic of burnout”: stress-related illnesses, relationship problems. In addition to frantically pursuing the traditional measures, it was time to introduce a “ ‘Third Metric’—a combination of well-being, wisdom, wonder, and giving.”  Read more of Headspace is Enlightenment

Mark Williams, co-founder of Mindfulness-based Cognitive Therapy (MBCT), on the history of stress.

In a typical day, you might find yourself rushing around and and juggling responsibilities more than you’d like to. But on a biological level, Williams says, you’re rushing around just as if you were escaping from a predator.

“But nobody can run fast enough to escape their own worries,” says Williams.

Williams is a Professor of Clinical Psychology at the University of Oxford, and he co-founded Mindfulness-based Cognitive Therapy (MBCT) with his colleagues Zindel Segal and John Teasdale. The MBCT program is based on Jon Kabat-Zinn’s Mindfulness-based Stress Reduction (MBSR) program. MBCT is designed for people who suffer from recurring bouts of depression.

In the clip below, Williams gives a brief history of stress and how mindfulness counteracts the common tendency we have to bluster through the day.

One of the things that we’re particularly interested in is whether stress has got worse over the last 20, 30, 40 years, and one of the surprising things is that it seems to be the case. But if you look at just children and young people and students, their stress and anxiety levels in the 1950s for example, and you track that carefully, ’50s, ’60s, ’70s, ’80s, and ’90s, what you find is that people by the ’80s and ’90s were now the average level of anxiety was equivalent to clinical levels in the 1950s. The whole bell-shaped curve has shifted towards people being more anxious and that means that people now in their 30s and 40s are going to be more stressed because those are the grown-up people of the children of the ’70s, ’80s, and ’90s.

Some of the common or garden signs that people are suffering from stress are, well, there are “communal gardener” (inaudible) things that you recognize, things like feeling tired, getting irritable with people. One of the major things you notice if you’re under stress is that you rush around a lot, you move from one task to the other—sometimes even before one task is finished, you’re onto the next one. But what we know from the neuroscience, from looking at the brain scans of people that are always rushing around, who never taste their food, who are always going from one task to another without actually realizing what they’re doing, is that the emotional part of the brain that drives people is on sort of high alert all the time. So it’s not…when people think that “I’m rushing around to get things done,” it’s almost like, biologically, they’re rushing around just as if they were, you know, escaping from a predator. That’s the part of the brain that’s active. But nobody can run fast enough to escape their own worries.
Mindfulness really refers to awareness. It’s what we all recognize when we’re doing something knowing that we’re doing it so, if we’re walking and it’s a beautiful day we might actually appreciate the fact that we’re walking, we actually know that we’re walking as we’re doing it. And mindfulness, usually through meditation practices, cultivates that ability to do things knowing that we’re doing them.
One of the things that people need when they’re stressed is to find within themselves a place of stillness. And mindfulness, through meditation practices, is one of the things that can really benefit people by enabling them to find stillness in the middle of a frantic world. When you get stressed, whether it’s anxiety, depression, worry, ruminating, brooding, one of the things you notice is that your attention begins to fade away, your attention gets hijacked by other things. You want to focus on one thing but your concentration goes. One of the things that people have always told us about mindfulness training is that, after a few weeks of training, they can really attend to things, they can really focus better, their concentration improves, their memory improves as a result.

An interview with Jon Kabat-Zinn, founder of the Mindfulness-Based Stress Reduction program, from the new film The Connection: Mind Your Body. 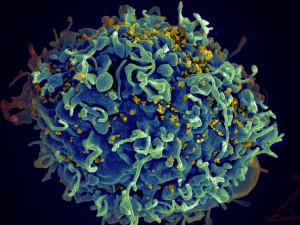 Disease risk, progression, and premature mortality—in many types of cancer and in cardiovascular and infectious diseases—have been linked to telomeres, which are protective DNA-protein complexes that keep cells genetically stable. The cellular enzyme telomerase is an important part of the body’s maintenance system for these essential complexes. For example, a previous investigation found that increased stress among caregivers of Alzheimer’s patients was associated with lower telomerase activity and telomere shortening.

Shauna Shapiro, PhD, author of The Art and Science f Mindfulness, is a clinical psychologist, Associate Professor, and mindfulness researcher at Santa Clara University in California. In this Greater Good Berkeley video she clearly illustrates what it is to be mindful, what it is to set your personal compass toward mindfulness.

Mindfulness Meditation is Associated With Structural Changes in the Brain 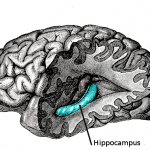 According to a recent study, practicing mindfulness meditation appears to be associated with measurable changes in the brain regions involved in memory, learning, and emotion. Mindfulness meditation focuses attention on breathing to develop increased awareness of the present. Previous research has demonstrated that mindfulness meditation may reduce symptoms of anxiety, depression, and chronic pain, but little is known about its effects on the brain. The focus of the current study—published in the journal Psychiatry Research: Neuroimaging—was to identify brain regions that changed in participants enrolled in an 8-week mindfulness-based stress reduction program. Read More

Originally a Sanskrit word meaning "compassionate action based on wisdom". In Hindi and Nepali the word karuna translates as "compassion".